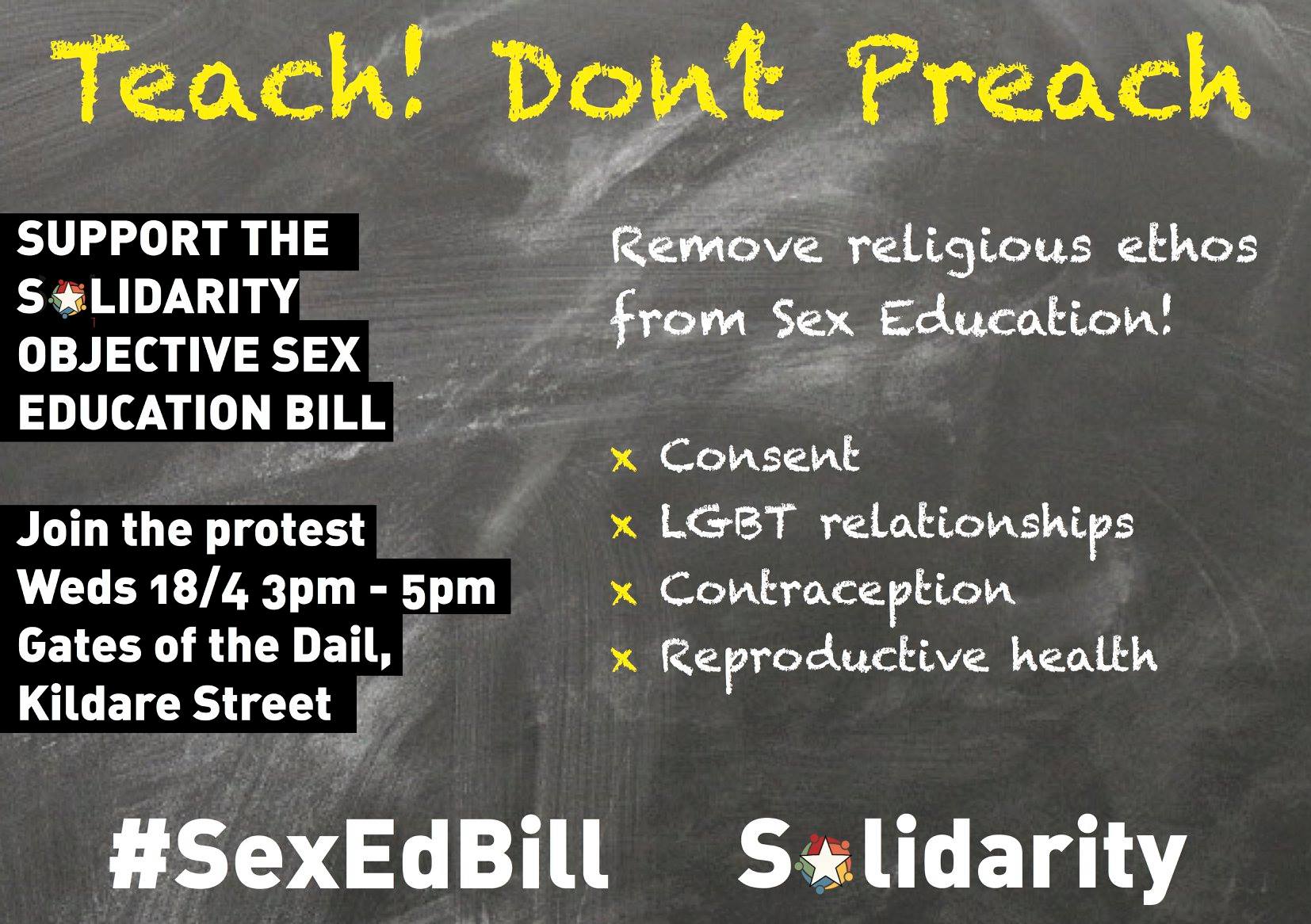 In a week’s time, the Dáil will debate and vote on the ‘Provision of Objective Sex Education Bill’. The Bill seeks to ensure that all school students receive factual and objective sex education, removing religious ethos from the relationships and sexuality education curriculum. This would be sex education which has consent at its core, which teaches about methods of contraception, is not gender normative and is LGBTQ+ positive.

The Bill is being supported by a wide range of organisations including the Rape Crisis Network Ireland, National Women’s Council of Ireland, Shout Out, BelongTo, USI, Irish Family Planning Association, Atheist Ireland, LadyBirds, and the Dublin Rape Crisis Centre.

We think that because of the pressure on the government, in light of recent events, there is a real chance to get this Bill passed through second stage next week. However, those who want to retain religious controls over our schools and prevent young people being educated about sex will do everything they can to stop it. The Catholic Primary Schools Management Association has come out in opposition to the bill and claims that the current sex education programme is “working quite well”!

To give us the best chance of passing the bill next week, we need your help! We are holding a rally to support the Bill at the Dail at 3pm on Wednesday 18 April, when the Bill is being debated. Can your organisation promote this rally on its social meeting and through its networks? The link to the facebook event for this rally is https://www.facebook.com/events/162202397831402/ and the hashtag on Twitter is #SexEdBill .

We have also attached a link to a leaflet. If you want to get your friends or colleagues to support the Bill, we are also attaching a copy of a petition which you can get signed.

In addition there is an online petition which we intend to present to the Minister in advance of the Dáil debate (https://my.uplift.ie/petitions/support-the-sex-education-bill) which again we hope you can promote on your social media and through your networks.

If you want to get school, college or workplace friends to support the Bill, a petition can be downloaded here