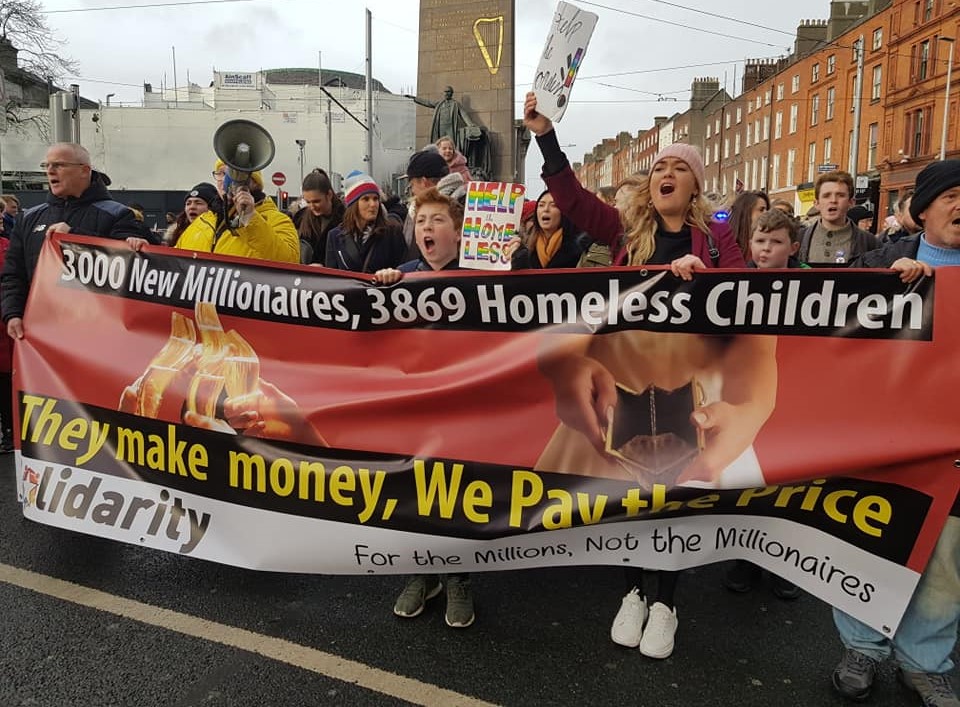 The conservative, right-wing politics of the establishment provide no future for young people, women and workers. All they offer is inequality, austerity and bigotry.Solidarity is about bringing together all those oppressed and exploited by this rigged system into a new political movement for the millions, not the millionaires.

From the movement for Bernie Sanders, to the huge surge in support for Jeremy Corbyn, we are seeing a world wide growth in left an socialist ideas. People are fed up of the rigged economy, and the injustice and oppression that the establishment parties represent. More and more are looking for a new, left alternative.

The political elite had their chance

For over 100 years Ireland has been ruled by Fianna Fail and Fine Gael, propped up when needed by Labour, the Greens and independents. Regardless of what parties were in government, the same conservative, right wing policies dominated, and the same rigged capitalist system dominated.

People are not willing to put up with this injustice and inequality anymore. Instead they are getting active, and taking power into their own hands. That is why people came out in such huge numbers to vote for marriage equality. They is why there was such a massive movement and boycott of the water charges. And that is why more and more people are getting active in people power campaigns to repeal the 8th, defend the environment, and fight for workers rights.

Solidarity is about bringing together all the emerging campaigns and movements into a new political alternative, to fight for a left government. If we are to deliver real change, we will need to build a new party, for the millions not the millionaires.