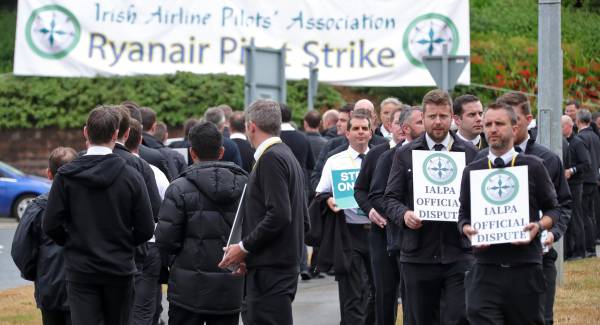 Responding this morning to reports that Ryanair had issued 100 pilots and 200 cabin crew with protective notices, Solidarity TD Mick Barry, who is a member of the Oireachas Transport Committee said:

“The issuing of protective notices is an outrageous and transparent attempt at union-busting. The company are effectively threatening to axe jobs rather than deal with trade unions.

“These threats show that despite the company’s attempt to downplay the effectiveness of the strikes they are having a real impact.

“Ryanair have been engaged in a race to the bottom in workers’ rights and conditions for years through intimidation and bullying of its staff. Now that staff have fought back they are trying to double-down on the threats and break the trade unions.

“Ryanair have tried to claim that the threatened redundancies are because of a changing business plan in Ireland. However, they have threatened to issue similar notices to striking workers in Spain, one of the busiest tourist destinations. It is patently clear that this is nothing more than a European-wide attempt at union-busting.

“The threats and intimidation need to be met head-on by the trade union movement. Today, there is internationally co-ordinated strike action taking place in a number of European countries by cabin crew. This type of action should be extended further, IALPA and FORSA should build on this existing co-operation and increase their actions including having cabin crew in Ireland join these strikes."