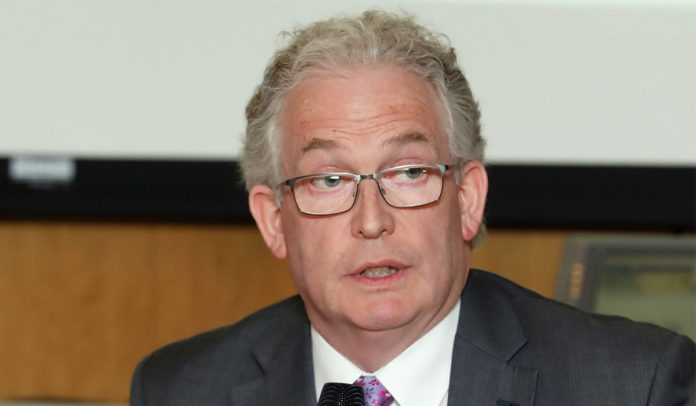 HSE memos raise serious questions which need immediate answers:
Was Quest the company which engaged in legal correspondence around patients being informed?
When did Ministers for Health Varadkar & Harris know about this scandal?
Did the HSE engage in an attempted cover-up to protect themselves & private firms?
Is a 31% misreading of scans acceptable for the government?


Solidarity TD Ruth Coppinger today commented on the memos from 2016 which were released by the HSE to the Public Accounts Committee yesterday.
She said that the memo raised a new series of questions which need to be answered.
Ruth Coppinger TD said "Earlier this week in the Health Committee when Tony O'Brien claimed that he encouraged people to 'speak truth to power', I quoted Chomsky saying that 'Power knows the truth; it is just busy trying to conceal it.' This memo clearly demonstrates that this was the case.
"O'Brien's claim  that politicians were spreading 'hysteria' about the scandal are just a continuation of the HSE's approach which is outlined in the letter regarding women speaking to the media and taking legal actions.
"This week in the Dail I have raised questions about the quality of the outsourced screening and variations in their results. The memo adds to those concerns. According to the memo only 69% of cases were picked up, leaving 31% going undetected.
"We know that the Quest lab in the U.S. had an abnormality detection rate much lower than the other two labs. We know that they have had many legal cases taken against them for misdiagnosis and fraud. Now today in the memo we find out that, scandalously, one of the labs was engaged in legal correspondence with the HSE about women being informed of the misdiagnosis of their scans. We need to know whether Quest was the company which was involved in this legal threat which delayed women being informed.
"Tony O'Brien has defended his actions for the last couple of weeks, but has finally been forced to resign, though he should have been sacked earlier. His tweet this morning was breath-taking in its arrogance.

"But  beyond O'Brien the memos raise a whole new series of questions about systematic problems in the HSE. But there are also questions for the government in particular for Leo Varadkar and Simon Harris who were both Ministers for Health during this period. Can both of them now say that they only became aware of this scandal in the last couple of weeks?"
Do you like this post?
Tweet