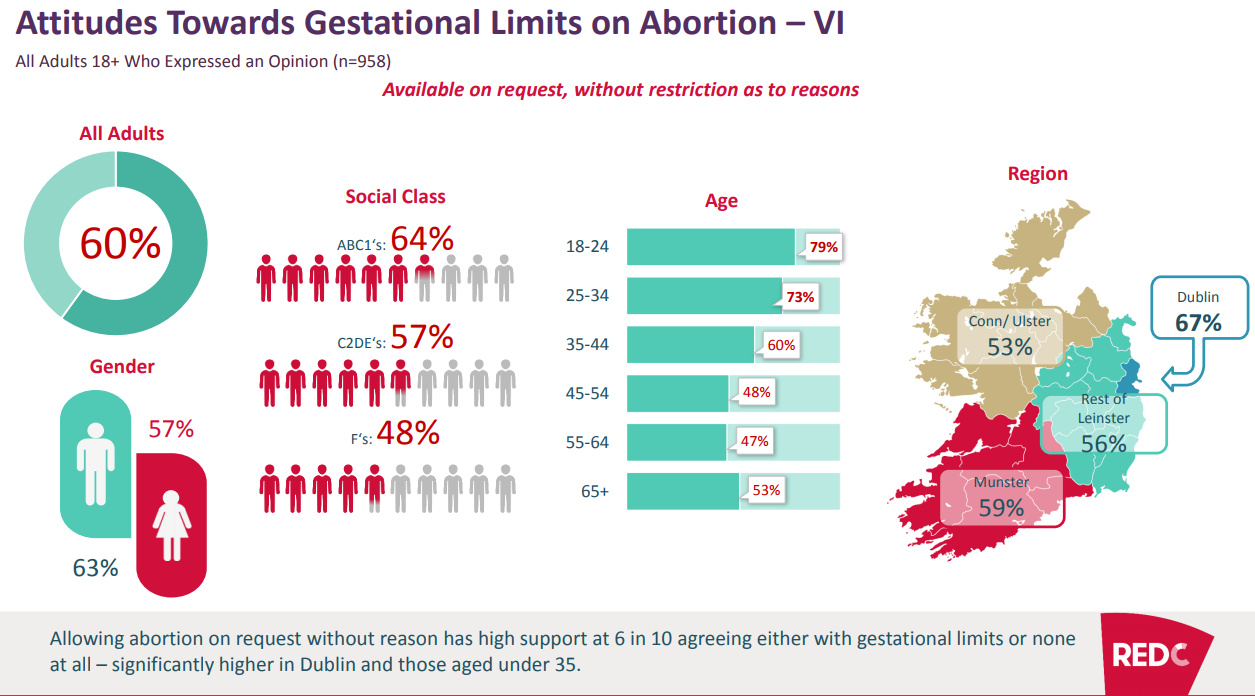 A new Amnesty/Red C opinion poll shows that 60% of people support abortion at the request of the pregnant person themselves. This is in line with the recommendations of the Citizens' Assembly which are currently being discussed by an Oireachtas Committee which will decide on the wording of any referendum to repeal the 8th Amednment.

The Committee is expected to make its recommendations before Christmas, with a referendum expected next year.

The poll found that a majority want women and girls to have access to abortion when their health is at risk (89 per cent), when pregnant as a result of rape (85 per cent) or where there is a diagnosis of a fatal foetal abnormality (81 per cent) or based on a woman’s socio-economic circumstances (57 per cent).

The poll has been welcomed by Solidarity TD Ruth Coppinger who said that this is the first opinion poll which put the recommendations of the Citizens' Assembly to people. She said that a previous poll by the Irish Times had been 'skewed' and did not ask people their views on the Assembly recommendations or about women's health.

The Dublin West TD said "First the political establishment outsourced decisions on abortion to the Citizens Assembly. Then a concerted campaign followed to undermine the Assembly and say it wasn’t representative. Today, polls show it is absolutely in line with public opinion, which has moved on dramatically on the issue of abortion. It’s the politicians who need to catch up.

None of the big parties have policy in line with today’s poll findings. The decision of the Fianna Fáil Ard Fheis to retain the 8th shows a conservative cohort with no support whatsoever in society are dictating political decisions."

Deputy Coppinger, who has sat on the Oireachtas Committee on the 8th Amendment continued "Witness after witness has testified to the Oireachtas Committee about the need for legal abortion at the request of the woman herself, particularly in the first trimester, rather than the very narrow grounds being proposed by the main parties. 92% of Irish abortions in the UK are in this category.

"We need to move swiftly to repeal the 8th and to legislate for the reality of abortion in this country."