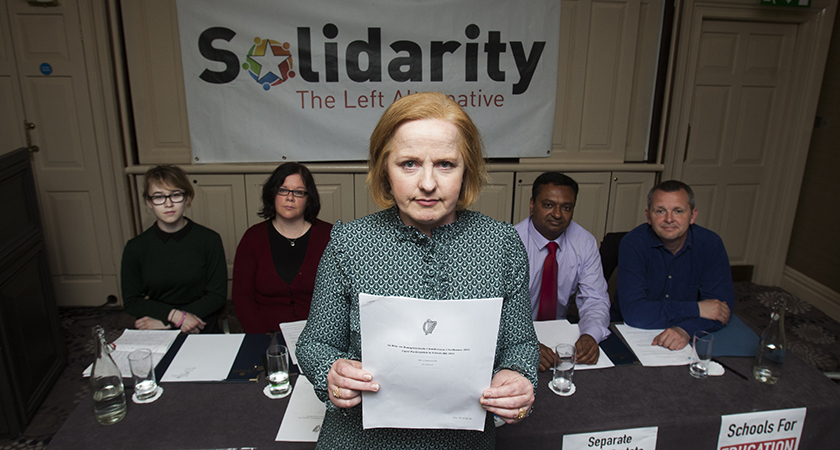 Ruth Coppinger received a letter from the Minister for Education this morning stating that there is to be a review of the Education and Training Boards (ETB) funding religious based youth leadership programmes.

The review follows Ruth raising the matter in a Dáil question on 18 January following Freedom of Information requests from Atheist Ireland regarding the funding of religious training courses.

The Meitheal and Ember programmes are Catholic youth leadership programmes that aim to develop young people into taking up leadership roles in the Catholic Church. These programmes were offered through the ETB the Kildare and Meath and Dublin areas with the ETBs funding the programmes. This is despite ETB schools being State run and State funded schools. ETB funds are public funds and were used to support one particular religion.

While the ETB schools are State schools they have a de facto Catholic ethos with religious instruction being Catholic. Last October Paul Murphy TD raised the Chief Executive of the Tipperary ETB stating that ETB schools in the county are Catholic. A member of teaching staff was dismissed from an ETB school in Clonmel earlier in the year with the ETB using the right to discriminate on religious grounds as a reason to support the dismissal.

The existence of this religious influence in our schools means that young people are not given an objective and fully informative relationships and sexuality education. In many schools LGBTQ+ issues are not discussed. Contraception information is limited to what would be acceptable in particular religions.

Solidarity TDs will continue to question the Minister for Education on this review that is now underway into the funding of religious based programmes for young people.