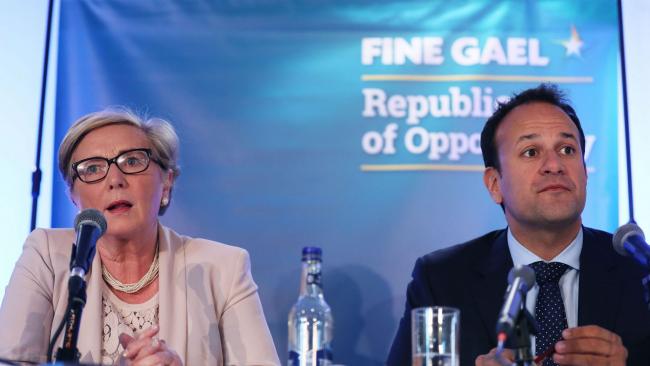 This morning, Tanaiste Frances Fitzgerald was forced to resign after further emails were found during a 'trawl' of the Department of Justice systems which revealed that she received numerous emails in relation to the Maurice McCabe affair and plans by senior Gardai to attack his integrity and credibility.

Solidarity TDs have said today that this is not the end of the matter and that there are still serious questions to be answered.

In a statement issued earlier today, they said that Minister Charlie Flanagan has questions to answer, and that a lid cannot simply be put on the scandal by Fine Gael and Fianna Fail.

Mick Barry TD said "The resignation of Frances Fitzgerald does not signal the end of this issue for the government and Fianna Fail. There are still serious questions to be answered by the government and in particular Minister Flanagan in regards to when they found out about these emails, how much more they know and why these emails were not given to the tribunal in the first place. These questions must be addressed by the Minister and Taoiseach on the floor of the Dail today."

He also described the Department of Justice as a 'cesspit' that was rotten to the core.

He continued "This ongoing scandal has exposed that the Department of Justice and Equality is a cesspit, which is now deeply implicated in a Garda smear campaign. Major issues remain about the incestuous relationship between the heads of the Department, the Minister and the top ranks of the Gardaí to the extent that they advise each other on how to attack a whistle-blower and media strategy around it. The state is rotten to the core, simply splitting the Department up isn’t a solution when we clearly see how it will be used to defend the status quo.

"Fianna Fail and Fine Gael are inextricably linked in these corrupt relationships. They both cynically whip up their ‘law and order’ credentials when it suits them but they have presided over numerous scandals involving Gardaí and the administration of justice – the creation of the heavy gang, the McBrearty scandal, the numerous cases of mistreatment of whistle-blowers, the penalty points scandal and the breath-test issue."

After coming so close to a general election over this issue, Solidarity TD Ruth Coppinger spoke about the damage which had been inflicted on the government, and warned on the need for the Committee on the 8th Amendment to vote for repeal and process referendum legislation immediately.

Ruth Coppinger TD said "The political impact of this scandal cannot be underestimated. The government is fundamentally undermined. An election is in the offing very soon. The government will continue to stagger on for a period; however, in that time it must be forced to pass some important pieces of legislation.

The events over the last few days have shown the willingness of Fine Gael to put their narrow political interests first, they were prepared to put one woman’s career before the rights of all women. They cannot be given the opportunity to do this again. Thousands of young people and women have registered to vote for a repeal referendum to express their demand for change. We are proposing that an immediate vote on repeal is taken tomorrow at the 8th Amendment committee and a Bill is brought and passed in the Dail immediately to allow for a referendum in May."

Since the resignation this morning, many have questioned if the events were damaging for Taoiseach Leo Varadkar, Paul Murphy TD said he had been 'weakened' and compared him with Theresa May.

"The biggest loser in this debacle is Leo Varadkar. Since his election as Taoiseach, the government has been characterised by arrogance alongside a definite shift to the right. This was clearly shown in their attitude to the homeless and the fact that up until this morning they thought they could brazen out this scandal.

"Leo Varadkar now has another thing in common with the Tories, like Theresa May he is a damaged, weakened and undermined leader, however he didn’t even need a disastrous election to get into that position. As a Taoiseach, he has been seriously weakened and his position in Fine Gael has been damaged. His willingness to defend Fitzgerald to the hilt shows that no matter how serious the issue he will defend the interests of Fine Gael.

"This defence of corruption and rottenness in the state by Varadkar will be another issue which they will have to account for in any election campaign. However, the campaign will be fought on the issues which Fine Gael cannot claim they have had no hand, act or part in creating like the housing crisis, the health crisis and the cost of living crisis."