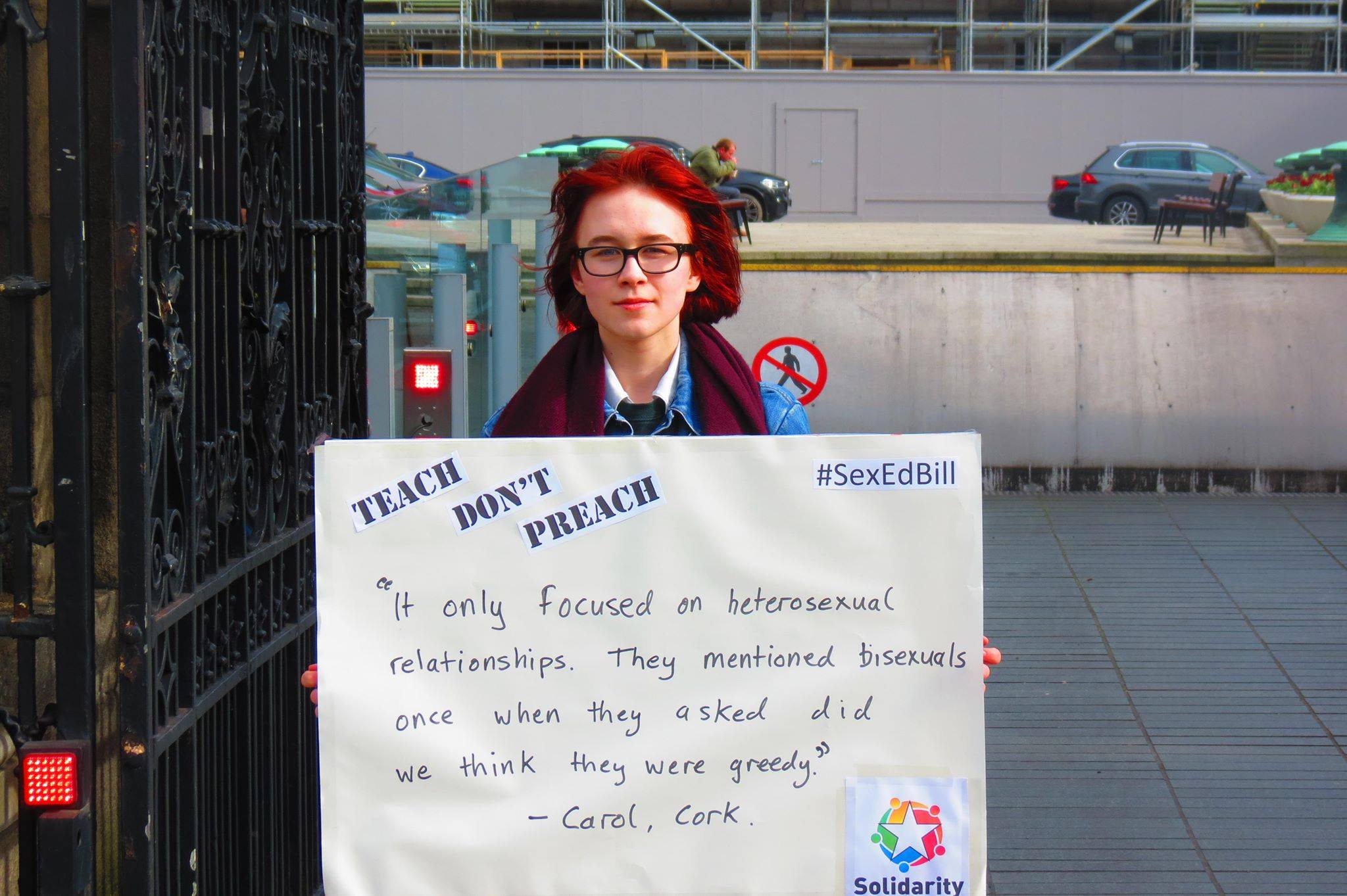 This Bill would require a small amount of expenditure on training staff on sex education, but unfortunately, the reality is that refusing to give a 'money message' is the government's favoured way of blocking opposition legislation.

When this Bill originally came to a vote in the Dáil a huge campaign was waged by people by email, phone and particularly on social media which forced Fianna Fail to abstain on the vote and the Bill passed.

We now need your help again and a similar campaign to tell them not to block this Bill!

Contact your local TD and tell them that you won't accept this Bill being blocked and that objective sex education in schools should be legislated for and funded.

We want to send a very clear message to the government – any delay or attempt to block the Bill will not be accepted. That is particularly the case in Pride Month, where the call for Objective Sex Education will be taken up by many on Pride. We are calling on people to contact their TDs to express their support for the Bill and to seek the Money Message be issued immediately so that the Bill can be progressed through Committee stage and become law.

It’s only three weeks since 66% of people voted to repeal the 8th amendment and clearly endorsed the idea of a progressive, secular society. A key recommendation of the Oireachtas Committee on the 8th Amendment was the provision of factual sex education. Our Objective Sex Education Bill, which passed second stage in the Dail in April, provides for sex education which is LGBTQ+ positive, teaches about contraception and has consent at its core.