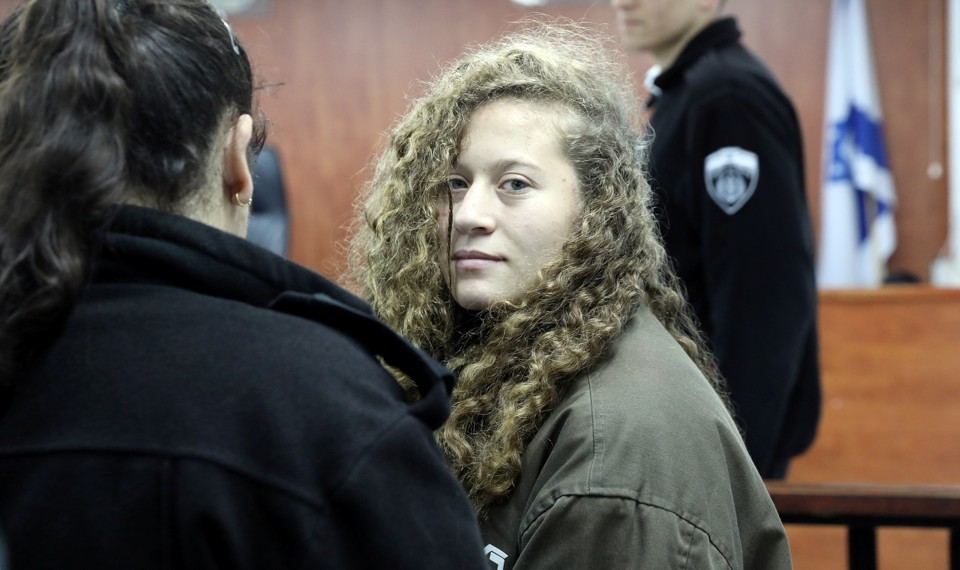 Solidarity TD Mick Barry has called on Minister for Foreign Affairs and Trade Simon Coveney to raise the jailing of 16 year old Ahed Tamimi with Benjamin Netanyahu during a state visit today.

Ahed Tamini is one of thousands of children who have been arrested by the Israeli forces over the last number of years, and is one of over 300 currently in prison.

He also condemned the decision to ban Ireland-Palestine Solidarity Campaign from entering Israel.

Mick Barry TD said "Ahed Tamimi and her mother have been jailed for doing nothing more than protesting against the presence of Israeli soldiers in their town in the occupied West Bank.
"She now faces 12 charges including aggravated assault and stone throwing. These are trumped up charges against a young 16 year old.
''Ahed is just one of thousands of young people facing repression by the Israeli state. Since 2000, over 12,000 children have been arrested and 313 were incarcerated.
"It is imperative that Minister Coveney raises this case, alongside the unlawful jailing of other children and activists with Benjamin Netanyahu when they meet today''.

The Cork North Central TD also condemned the recent decision by the Trump administration to recognise Jerusalem as the capital of Israel and to move the U.S embassy there.

''The decision of Donald Trump's regime to recognise Jerusalem as the capital of Israel has sparked protests across the region. The Israeli state may clamp down on these protesters with the prospect of hundreds of people and other young activists being jailed.

"Palestinian people have every right to resist the criminal occupation of Gaza and the apartheid imposed by the Israeli ruling class.''