''Vulture funds should be treated as a menace'' says Solidarity TD 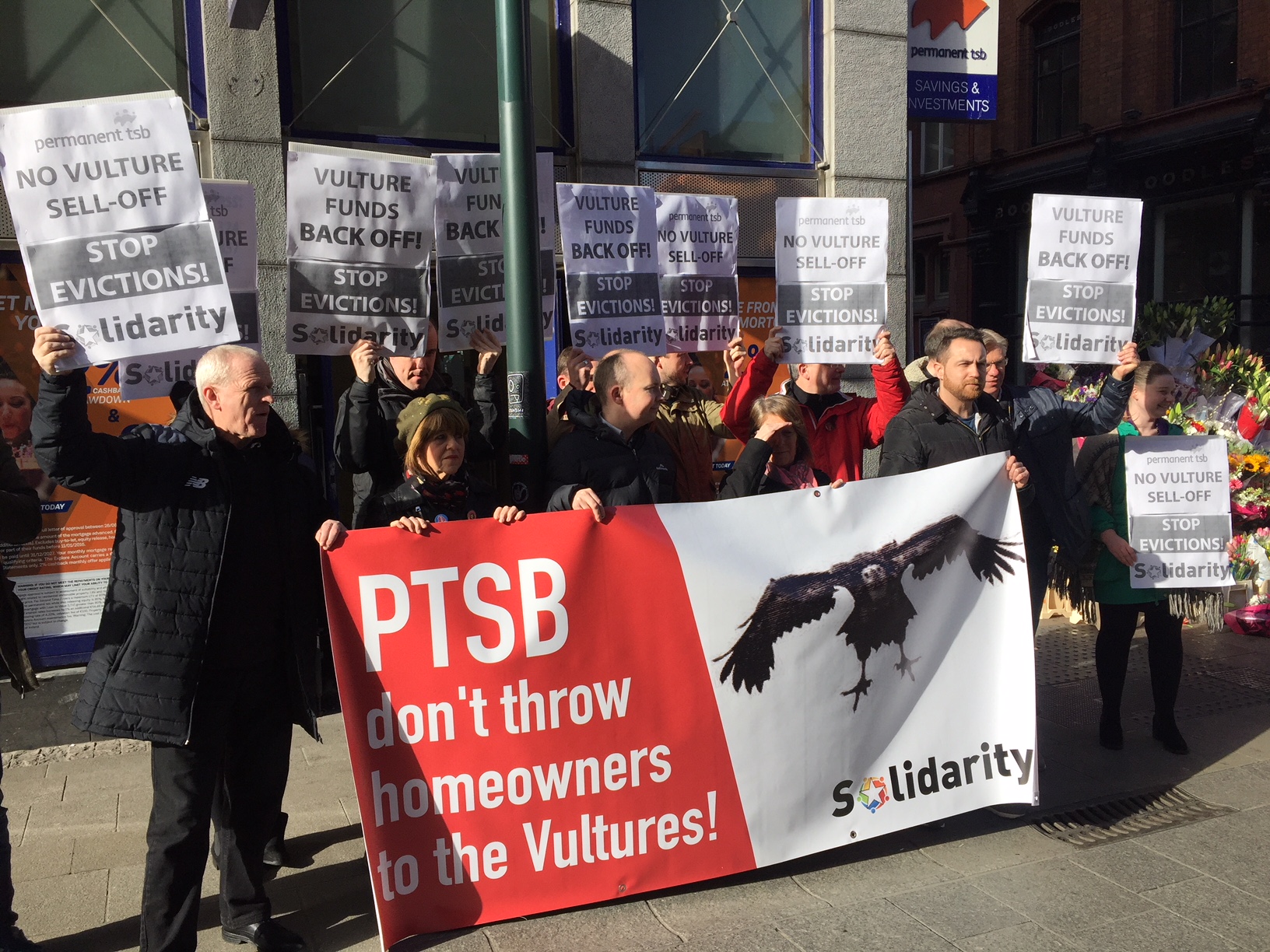 Solidarity TD has said that Taoiseach Leo Varadkar's 'soothing words' in the Dail yesterday would have done nothing to ease the fears of tens of thousands of mortgage holders with PTSB who may be 'thrown to the vulture funds'.

He said that rather than looking to regulate them, they should be treated 'as a menace' who have no role in the dealing with mortgages of people's homes.

He was speaking at a protest outside PTSB by Solidarity activists.

The Cork North Central TD said "The threat of a mass sale of mortgages to vulture funds remains real and active despite soothing words in the Dail yesterday from the Taoiseach.

"If people had any doubts as to the motives and ruthlessness of vulture funds they need only look at the actions of the vulture fund which bought the Leeside Apartments in Cork city last year. This particular vulture fund was prepared to make two dozen households homeless as part of their drive to maximise rent and profits.
“The soothing words in the Dail yesterday from Leo Varadkar doesn’t change the fact that the mass sale of mortgages to vulture funds is under active and serious consideration by a major Irish bank and that other banks are watching closely to see if this is an example which can be copied.  Leeside Apartments shows the lengths vulture funds will go to to maximise their profits and pressure must be kept up to stop these ruthless profiteers getting their claws into the lives and homes of these mortgage holders.
"Fianna Fáil are making a big play of their opposition to this sell off. However what they call for is the regulation of vulture funds. We say that these funds are a menace who should have no role in owning mortgages. We likewise must not forget that the difficulties tens of thousands of mortgage holders find themselves in to this day can be sourced back to the overpriced houses of the Celtic Tiger era under Fianna Fáil's watch."
Do you like this post?
Tweet