"Is this campaign against the homeless what Varadkar pays €5million for?" TD accuses Taoiseach of spin campaign 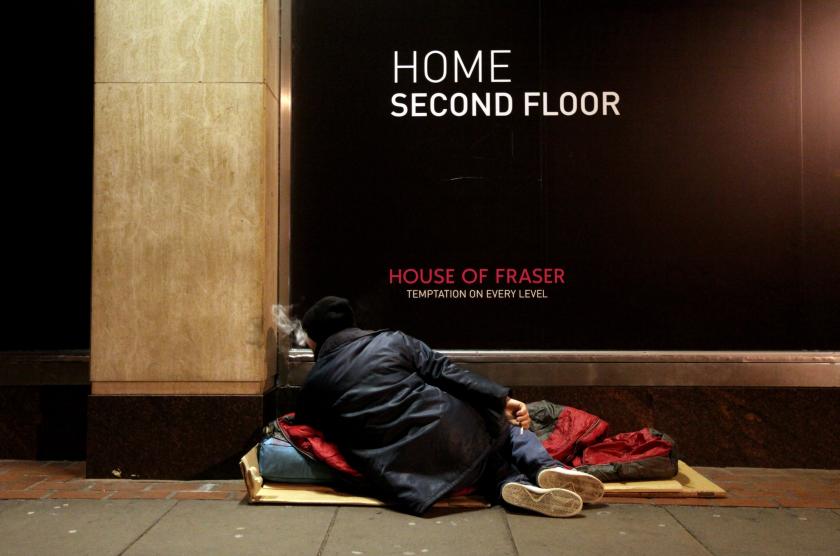 Following comments made by Taoiseach Leo Varadkar at the Fine Gael National Conference in which he said that homelessness in Ireland was 'low' by international standards, Minister Eoghan Murphy and Junior Minister Damien English have issued comments supporting the Taoiseach.

Minister Murphy continued on to dispute statistics by Daft.ie which showed rent increases of 11%, while English said that media coverage of the crisis was damaging Ireland's 'international reputation.'

Conor Skehan, Head of the Housing Agency, in an interview with Morning Ireland said that people shouldn't get 'emotional' about homelessness and that it is normal and will always exist. While, Eileen Gleeson from the Dublin Regional Homeless Executive said that volunteers feeding homeless people was 'unhelpful' and that people became homeless because of 'bad behaviour'.

Solidarity TD Mick Barry said ""Since the Fine Gael conference at the weekend, there has been a concerted campaign by the Taoiseach, some Ministers and state officials to downplay the housing crisis and try to get a grip on and change the narrative around it. There is a definite attempt to normalise homelessness and the crisis.

"The common thread of all of these public interventions is to downplay the crisis, to normalise homelessness and to shift the blame away from government onto people themselves. This looks like a well planned serious of interventions, and the question arises where is it coming from? Is this type of misinformation campaign that we're paying €5million to fund?"

"The absolute arrogance of Damien English yesterday when I questioned him on the issue during Topical Issues was breath-taking. Apparently we shouldn't, and the media shouldn't report on the crisis because it will damage their international reputation. If the government actually did anything on the crisis perhaps the coverage wouldn't be so negative.

"There is no doubt that as Christmas approaches they fear that a new Apollo style housing campaign could emerge, or a movement like the water charges so they are attempting to turn public opinion against those facing housing crises."