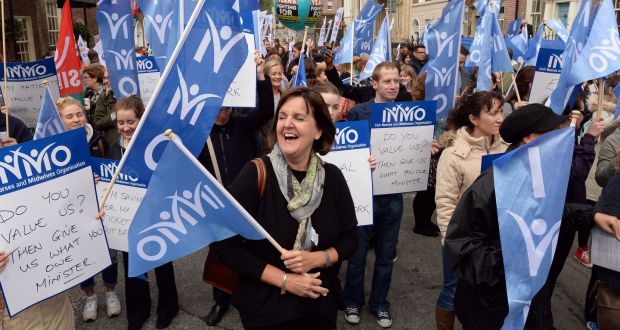 Solidarity TD for Cork North Central, Mick Barry, last night called for 'significant increases' in pay for nurses and health staff. He said that the health system is currently losing staff due to low wages.

He cited figures from the Irish Nurses and Midwives Association which showed that of the 2000 staff lost to the health system last year, 1,400 of these were resignations.

He said that many of these nurses and midwives had either left the country to work in healthcare abroad or had moved to the private sector because of low pay.

He used two Cork Hospitals as examples where the crisis in each hospital could be relieved by the hiring of a small number of staff.

With the hiring of just three new staff, a nurse and two healthcare assistants, in Bandon General Hospital the bed capacity could be increased immediately. He called on these staff to be recruited immediately.

He also said that 44 beds were in jeopardy in Cobh Community Hospital if the hospital was not upgraded from a Section 39 to a HSE hospital. He claimed the HSE was not doing this because it would mean them paying the staff at HSE rates of pay and this would mean increasing their wages.

Deputy Barry said:  “It is ludicrous to put 44 beds in jeopardy by refusing to countenance a pay increase for staff.  The hospital should be taken into the HSE, the wages should be increased and these vital 44 beds should be protected and saved.”